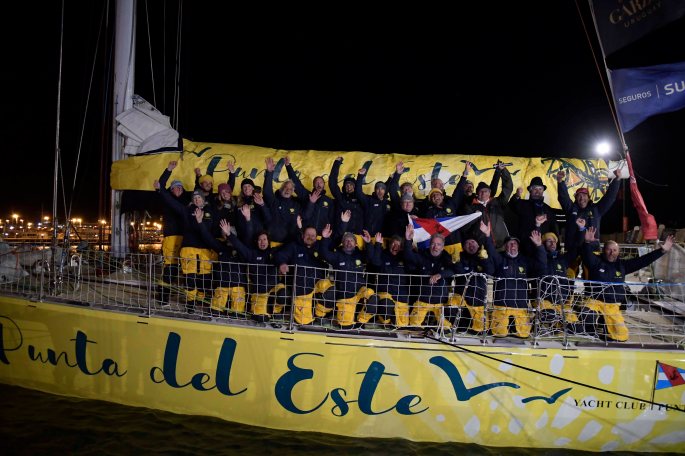 It was my husband who casually pointed out to me on Saturday night – whilst we were cooking dinner together – that it was exactly six months until we board a plane from London bound to Seattle; it will be our first ever flight/trip to the USA and for me, it’ll also be hot on the heels of a 3-day ‘refresher sail’ aboard a retired racer – a Clipper 68 – in the Solent. Although we haven’t bought our flights yet, we’re pretty certain we’ll need to get a flight on the 20th April 2020… a date consisting of a curious combination of zeros and twos; please tell me they are not unlucky numbers!

All this means that as I sit and type this blog post, I have even less time before my departure and suddenly, I feel I have crossed some invisible time zone where my active part in the Clipper race, which always formerly felt far off, banished to another year’s diary, is now lurking round the corner of Christmas and there’s SO MUCH to organise, secure and attain before then!

Last week, uncannily the same day as my team reached Punta del Este, Uruguay, marking their finish of Leg 1, I started the first of many Tuesday night evening classes studying for my RYA Day Skipper with 11 other wannabe confident sailors at Bristol Maritime Academy. I was pleasantly surprised by the mix of ages and the fact I wasn’t the only woman in the room; I was joined by a Slovakian woman who wants to feel confident sailing on flotilla holidays in the Med, rather than relying on her husband when offshore; an English woman who has ambitions to charter her own boats and seems to have done quite a bit of sailing already and an Italian woman who wants to confidently sail in the Southern Med. There’s also a young man who’s gone in with some of his friends to buy a J class racing yacht (as you do) and now wants to learn to sail her (!) and one older man who was involved in the TV production of Mutiny (recreating the 4000-mile trip of Captain Bligh in a tiny wooden boat after the mutiny on the Bounty) and seems to have sailed all over the world, so I have absolutely no idea why he’s on our course! We make a curious bunch of students with one thing in common – we want our RYA Day Skipper ticket – because even our sailing loves are not shared; we’re a divided class between those who own or use power boats and those of us who prefer or own (indeed, aspire to own!) sail boats.

I have my second class tonight – the curriculum states we will be covering tidal theory, true bearings and nautical measurements – whilst my team mates in Punta del Este will be having their last meal and sleep ashore, ahead of tomorrow’s Leg 2 race start racing to Cape Town, South Africa. A number of the crew are new to the race having convened in Punta del Este over the last week and from my brief WhatsApp messages with a few of them, wishing them all the luck in the world, I know they’re nervous. I also know I will be too, when my turn comes. I don’t think there will be much sleep among them tonight.

The film footage below was taken by a media crew member aboard Punta del Este in Race 2, Leg 1 and shows the challenging weather conditions the crew had to deal with when less than 24 hours from the finish line and port at Punta del Este, Uruguay; absolutely no amount of Clipper race training or RYA Day Skipper study and exams is going to prepare me fully for this.

…I am in awe of all the crews who sailed through this and all those crew sailing from the safety of Yacht Club Punta del Este tomorrow have a right to be nervous.

It’s not every day I wake up to receive a letter from the Commodore of a yacht club, but I did today! I love the fact that the Commodore ended his letter by including ‘A Wanderer’s Song’ by John Masefield at the end of the letter too. It’s very apt so I thought I’d share it with you.

Download the full letter from the Commodore to all crew of Punta del Este below: